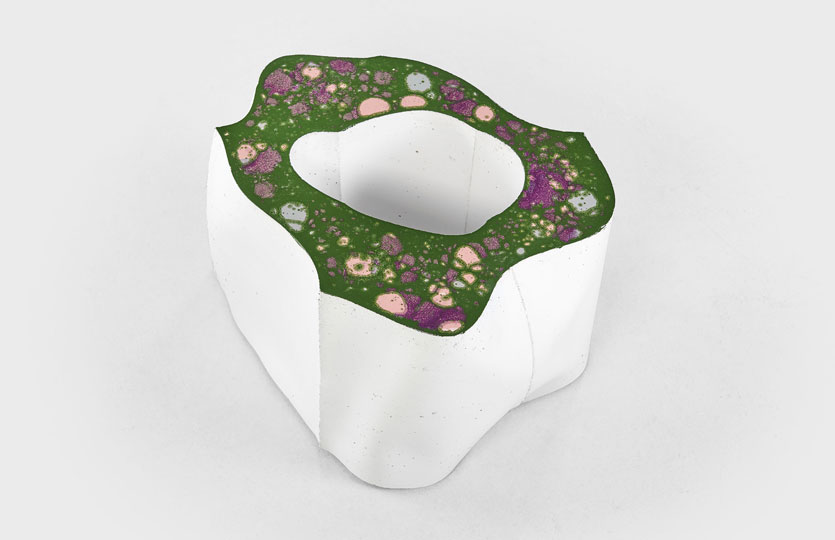 Richard Deacon. On the Surface

The exhibition focuses on new ceramic works by Richard Deacon. The sculptor, known for his experiments with materials, is interested in the interplay of control and chance in the creation of the coloured glazes as surfaces. He installs the tile-like objects on the floor like poetic symbols of everyday life, presents them on low table scaffolding or like a two-sided mirror in the room: models of urban miniatures. The viewer senses the hidden weight of the solid material and perceives the shimmering colours of the Flats from above: “Surface is everything”. They can appear as geometric networks or as colour gradients inside ornamental bodies, as well as spilling out over the edges of the objects with expressive colour streaks. For Deacon, who describes himself as a “fabricator”, the free yet ordered constellations of different parts – whether in art, in society or in the production process with ceramicists, woodworkers and metalworkers – also stand for contexts of a different kind. For the first time, the Flats group of works is presented in a film interview, drawings and newspaper collages.

The exhibition is realized as a cooperation between Akademie der Künste, Berlin, and Kurt Tucholsky Literatur Museum Schloss Rheinsberg.