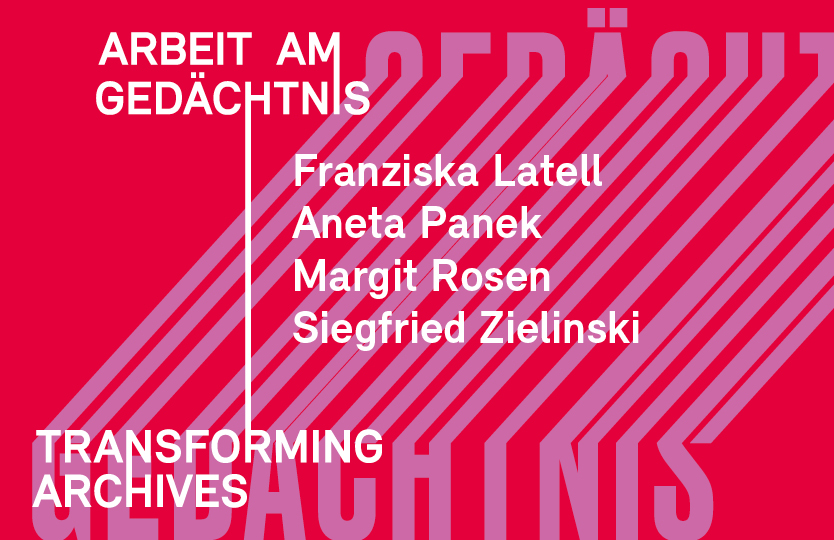 Museums and archives are essentially time machines. The media theorist and archeologist Siegfried Zielinski talks with his guests about the dystopia of a globally synchronized contemporaneity. Based on Margit Rosen’s future-focused archive of media arts, Franziska Latell’s research on the radical opening of archives in the age of digitization and Anita Panek’s project “Alchemy of Punk” explore (an-)archives, collections and exhibitions as generators of surprise, as they produce analytical texts, films, scenic operas, poems and compositions.

Siegfried Zielinski is a media thinker, co-inventor of an archaeology of media, curator and writer; Professor Emeritus for Media Theory at the Berlin University of the Arts and Michel Foucault Professorship for Media Archaeology & Techno-Aesthetics at the European Graduate School Saas Fee. He is founder and director of the International Vilém Flusser Archive in Cologne and Berlin (1998-2016), founding principal of the Academy of Media Arts Cologne (1994-2000) as well as principal of the State Academy of Design Karlsruhe (2016-2018). Member of the Akademie der Künste, Berlin and the North Rhine-Westphalian Academy of Sciences and Arts. His best-known book Archäologie der Medien (2002) (Deep Time of the Media, 2006) has been translated into many languages.

Margit Rosen heads the Department of Knowledge at the Centre for Art and Media (ZKM) Karlsruhe. There she has begun to build up an archive of media arts that is not only unique in terms of content, but above all lively and looking towards the future. Her own field of research is the archaeology of the artistic mediatisation of the computer.

Franziska Latell is head of the collections department at the Deutsche Kinemathek - Museum für Film und Fernsehen in Berlin. She is currently critically researching and accompanying the process of the increasing opening of the collections and archives under the conditions of advanced digitisation and networking (open access).

Anita Panek works creatively between the contemporary scenes in Berlin, Warsaw and Paris. In her project “Alchemy of Punk”, she explores the extremely heterogeneous manifestations of the rebellious and irritating forms of artistic expression that are summarised as punk. Her work in and with the (an)archives gives rise to analytical texts, films, scenic operas, new poetry and compositions.

Free tickets are available at the box office. Reservations are currently not possible.